I loved Gran's smell, and her warm face when
we played touch-your-nose at the gold mirror,
and her salty kisses when we sat on Gramps's old army trunk
in the attic and listened to the wind sing on the roof.

I love The Hickory Chair by Lisa Rowe Fraustino and it holds a prominent place in my little collection of books.  There's something profound about the story the author weaves as Louis's relationship with his Gran is slowly revealed... a relationship that goes beyond sight (Louis is blind).  I've used the book during a study of "evoking sensory images" and "drawing inferences."  I've used it during of a study of enhancing endurance and stamina.  It's become one of my go-to books.
Louis uses his senses and "blind sight" as the story unfolds.  He loves his Gran, "She has a good alive smell--lilacs, with a whiff of bleach."  In the book, Gran dies and her family slowly learns about the things she's left them in her will... everyone except Louis.  In the end, he gets her hickory chair.  He feels as if the woman he loves the most in the world has forgotten him (until the end).  It's beautifully written.
The illustrations by Benny Andrews capture the images perfectly.  There's something magical about their simplicity.
In the end, it's the hickory chair that makes all the difference in the world.  And, this book is a lovely, lyrical well-crafted journey about a relationship that lasts a lifetime and beyond. 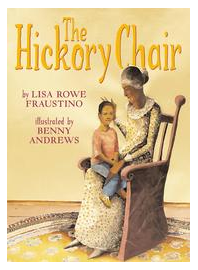 Posted by Patrick A. Allen at 7:08 PM No comments: 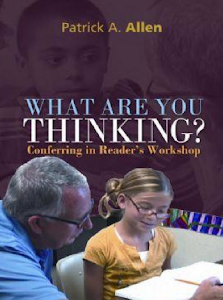 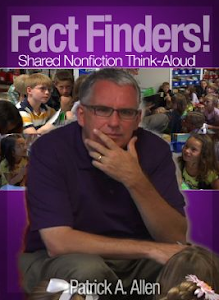